Has it ever occurred to you that you have a personal mould that uniquely designed for you by your creator? Do you know that God did not use the same mould to make all of us? Yes we are His image but why do we not all have the same look, height, colour, faces, and same behavioural traits? Have you noticed that our abilities are not the same? If you can answer these questions sincerely you will agree with me that we are uniquely created by God. That is what I called your personal mould.

Oxford Dictionary defines mould as a container that you pour a liquid or soft substance into, which then becomes solid in the same shape as the container. From this simple English definition we discover that whatever comes out of a particular mould cannot fit into a different mould. For example two blocks of different moulds cannot fit into each other’s mould. They are unique though they were made of the same materials- cement and sand. Likewise, you and I were made by the same maker- God, we were made of the same substance – clay , we receive the same breath of life- the Holy Spirit, but we were not made to become alike, we were not designed for the same purpose. Though, we were made to till the same earth, there are different portion allotted to individuals based on our uniqueness. That is why our mould are unique, we may belong to the same father, we may have the same Spirit but we have unique moulds. Hence my argument in this essay.

I noticed that because several both within and outside the church have not come to this reality they have been given another mould, they have been forced into a mould that is not theirs, they keep managing and trusting God for deliverance that may not come except they locate their moulds. Do you know your church denomination can force you into a mould that is not yours? Some have been squeezed into employment mould, they know that they are not enjoying the job but they just have to cope.

My concern is to Christians who have been squeezed into religion and ministerial mould. Some wants to hold on to positions that they were not gifted to manage. Some were forced into strange mould because of church expansions. That is why there are a lot of square poles in round holes on several church altars today. Imagine trying to force a square brick inside a round mould, you know it a stressful and wasteful adventure.

I have also noticed that today’s churches scarcely consider individual’s areas of gifting and ability before consideration for church leadership. Probably, because of the mandate to grow church and ministries. I think the church needs to compare and contrast the requirements the apostles used to place men in leadership with their own requirements of today. Until we return to the manufacturers of men and discover what he created them to do on earth we will continue to have wrong placement in churches and ministry.

Have you discovered your personal mould in life, business, career and ministry? If not, men will come with their moulds and squeeze you in. Some leaders will like you to be exactly like them, they will like you to go in the same direction like them if you are too lazy or careless to locate and fit into your mould. If you allow them to tailor you after their destiny, you will only appear like them but you cannot be them, you will be a photocopy Christian, because there is no one mould for two men. The design of God is a man to his mould. Trying to fit into another man’s mould, ministry, occupation, career, and calling is waste of life. Forcing your way into the ministry or an office God has not called you into or moulded you for is wasteful and unprofitable venture. In fact, you lose on both sides because by the time you want to come out to locate your mould it will require extra force which may damage your shape and make it difficult for to fit in to your original mould even if you locate it.

Church leaders should note that when we force men into a mould that is not theirs we are damaging their lives. For any reason, be it personal, church growth and ministerial expansion men should not be forced out of their mould. Let us trust God to fit men Himself because he is the owner of the work and the creator of men. Until God found a man to till the earth he was using mist, let us be patient for God to water the hearts of men and place them where they belong. Then the work will be easy.

Are you a Christian? I challenge you to concentrate on the area of your gifting; that is your mould in life, don’t and never allow anybody for any reason to put you under pressure and force you out of your mould. If you allow them it will be disastrous for you. God knows your uniqueness, don’t allow men to remould you, yes God can use men for you in training but they are to assist you in locating and fitting into your mould not to exchange your mould for theirs. Never allow men to remould you with positions that will make you neglect your personal mould. You will only occupy the position but you will never find fulfilment. Never allow any system no matter how powerful to squeeze you into their moulds. Find you mould and fit into it. 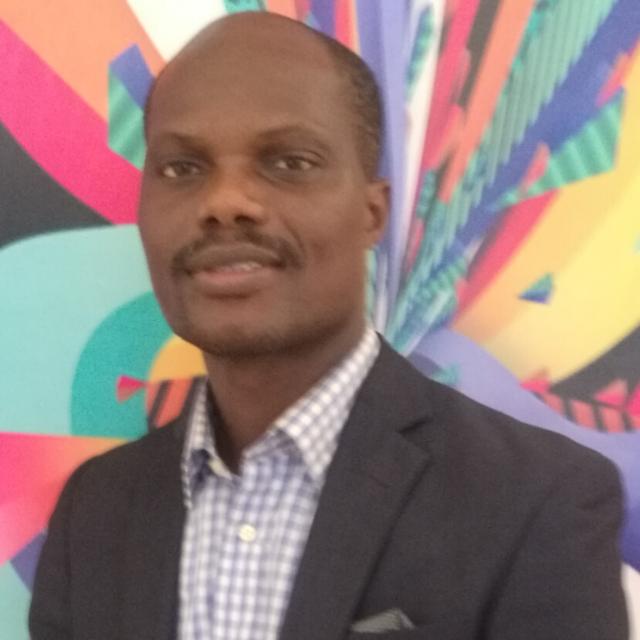 Folabi OJO is a trained Christian Educationist. He holds Bachelor and Master Degrees in Christian Education from West Africa Theological Seminary, Nigeria. (ACTEA accredited). His passion is to see the mandate of missions fulfilled in the life of everyone- Discipleship.

Join us to keep this page online with your token